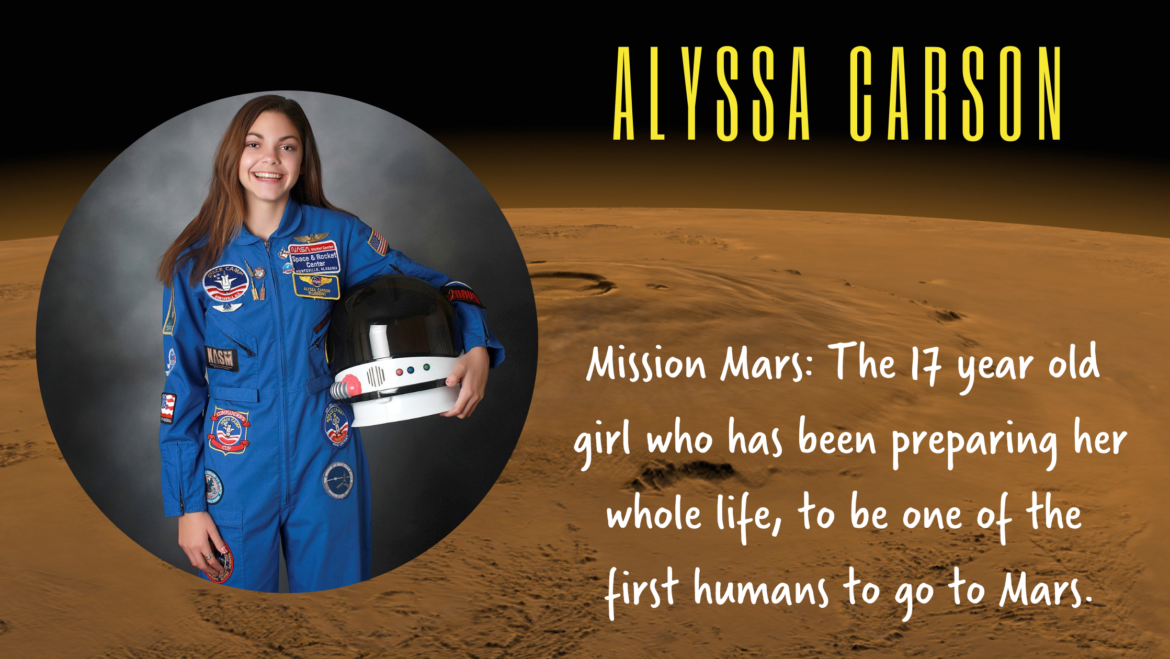 Mission Mars: The 17 year old girl who has been preparing her whole life, to be one of the first humans to go to Mars.

17 year old Alyssa Carson from Louisiana is on a training programme to become an astronaut and has her eyes set on the 2033 Mars One mission.

She has been preparing for this her whole life and has many accomplishments, including being the first person to complete the NASA Passport Program by going to all 14 NASA Visitor Centers. Alyssa is also the youngest person to be accepted and graduate the Advanced Possum Academy, officially making her certified to go to space and an astronaut trainee. On top of astronaut training, she is also studying all of her school subjects in four languages- that’s a big workload!

The 2033 Mars mission aims to establish a human colony on Mars that could one day save the species. Whether this will happen as soon as that is undetermined, but NASA is first carrying out manned moon explorations to test equipment and explore the effects of deep-space on the human body, before committing to the long journey to Mars. Missions to the Moon are about 1,000 times farther from Earth than missions to the International Space Station, requiring systems that can reliably operate far from home, support the needs of human life, and still be light enough to launch. These technologies will become increasingly more important for the 34 million mile trip to Mars.

As well as her training for Mars, Alyssa has been inspiring the younger generation to follow their dreams and not let age hold them back. She has been thinking about going to space since she was 3 watching the Backyardigan, and it soon became her dream. Codenamed ‘Blueberry’, she even did a TEDx talk as a 13 year old explaining her mission — called “I am the Mars Generation”. She’s been doing everything possible to guarantee herself a spot on the Mars mission, and she’s definitely getting noticed.

What’s most impressive about all this is that she’s only 17. However, this is the ideal age to train for Mars as part of the ‘Mars Generation’. The mission is hopeful to occur in 2033 when there is expected to be a dimming in the sun’s radiation output and an ideal position of Mars relative to Earth. By the time this happens, Alyssa (and other hopeful teens) will be in their mid to late thirties- the average age of an astronaut is 34.

On a personal note, Alyssa’s dad has some mixed feelings about all this. On the one hand, his daughter is working hard and achieving brilliant things. On the other, she’s commiting her entire life to a possible one way trip to a virtually dead planet. Alyssa also had lots to consider when embarking on this path, such as never getting married or having kids, but she has said she doesn’t mind this, and is determined to enjoy all the time she has left on the Earth.

Overall, it’s clear Alyssa is inspiring a new generation of astronauts, and we hope to be able to see her in 2033, stepping into that rocket headed for Mars, embarking on a new adventure, not just for her, but for all human-kind. 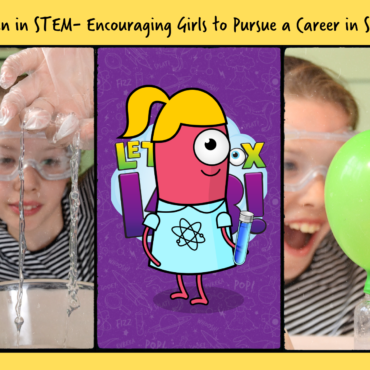