Get your Gravy Going - Letterbox Lab 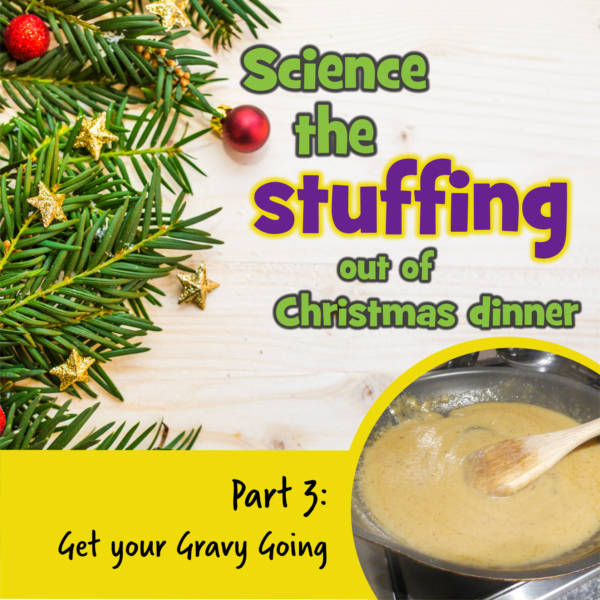 So far our festive series of blog posts, Science the Stuffing out of Christmas Dinner, have asked whether or not we should brine our turkey and where we should stuff our stuffing. In this third instalment, we apply some serious chemistry to what is arguably (and yes, we’re arguing about it at Letterbox Lab HQ) the most important part of Christmas dinner: gravy.

Now, I quite like instant gravy, but we’re talking about Christmas dinner here so let’s talk about doing gravy properly. Proper gravy is an emulsification of stock and fat from your roast, thickened and stabilised with gelatinised starch. Put another way gravy, is a chemistry experiment. A tasty, tasty chemistry experiment.

So let’s take a look at the chemistry of gravy and see how we can use science to win at gravy this Christmas.

An emulsification is a mixture of two liquids that don’t normally mix. In the case of gravy it’s fat and water. Water sticks to itself very well so when you mix water and oil the water sticks to itself and doesn’t mix with the oil. An emulsifier is a chemical which can grab the water with one end and the fat with the other and make them get along. With gravy the emulsifier is protein, mostly from the stock. But emulsification is only part of the battle, we need to thicken that gravy.

Starch is essential for thickening gravy. Starch is a long chain of sugar molecules stuck together that form grains in our food. Starch grains absorb water and turn into a jelly type substance and makes water more viscous or makes gravy thicker. We add starch to gravy in the form of flour. Wheat flour and corn flour are the two most often used. The make-up of these two flours mean they have to be used quite differently and when making gravy it’s best to have both types of flour to hand.

How to make an easy gravy

Corn flour is pretty close to pure starch. To make an easy gluten-free gravy, just mix together the juices from your roasting pan with a good rich stock. Add cornflour to some cold water. It must be cold water to disperse the starch grains evenly – if you put cornflour into hot water the grains become sticky too early and clump together giving you lumpy gravy. Put the stock/meat juice mixture on the heat, get it simmering then add the cornflour water a little at a time until you get the desired thickness.

How to make a perfect gravy

You probably know that wheat flour has more than just starch in it. It also contains gluten, a protein. This protein that is famous for the suffering it causes the gluten intolerant can also make or break a gravy. Gluten will give gravy a richer flavour and silkier texture but gluten is also what gives raw flour its unpleasant taste. So wheat flour gravies must be cooked, which is where they so often go wrong. Just heating it up in the stock like we did for cornflour won’t be enough here. You need to make a roux.

To make your roux, heat up the fat from your meat drippings, add flour (about ⅔ cup) and mix. Don’t stop stirring, you are coating each starch grain in fat to keep them separate from each other and prevent lumping. At the same time you are making sure the gluten is cooked enough to get rid of the raw taste but without burning the mixture. Keep stirring. Let it brown a little to get the maillard reaction going – reacting amino acids and sugars together to produce a whole host of hundreds of different flavoury molecules. 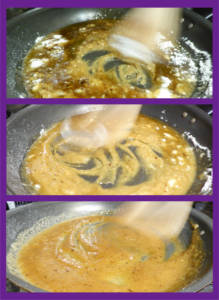 While you’re mixing your flour with the meat drippings, you’ll notice a dramatic switch from “ew that looks gross” to “yum!”.

Once it’s slightly browned, pour in your stock (8 cups) and keep stirring (quickly if the stock was hot). Bring to the simmer and cook for about another 5 minutes, and you’ll have yourself a perfect gravy.

If your gravy does not get thick enough through this method, do not add more wheat flour at the end. It won’t cook properly and will taste horrible. Use cornflour (mixed with cold water – see above) to thicken your gravy, if needed. To add extra flavour, pour some wine or water into the roasting tray and scrape up all the little browned bits, then pour this mixture into the gravy. A final top tip – add some chopped onion to the roasting pan about an hour before cooking is finished. The onion will add water to the bottom of the pan which will absorb some heat and stop those delicious brown bits from becoming burnt black bits. Add the onions to the gravy after pouring in the stock to introduce an extra layer of flavour. You can strain the onions out or leave them in.

Whatever you do, do not give up on the gravy.

Letterbox Lab is a science subscription box that puts the joy of discovery straight through your letterbox, delighting and surprising children with astonishing experiments. Some of the science you read about in this blog post is brought to life in Letterbox Lab’s Investigate Box series. You can learn more about starch in Box 3: Magnetoslime and Box 6: Inner Space. Polymers like starch are also involved in the Explore Box series, Box 3: Slimes and Swirls, and the soon-to-be-released Box 9: Chain Reactions. You can subscribe to either series through our store.

Science the Stuffing out of Christmas Dinner!

Congratulations, science has brought you one step closer to a tastier Christmas dinner. Up next on the menu is a controversial one: can you make sprouts tasty for children? Join our mailing list to receive the whole series in time for Christmas Dinner preparations. 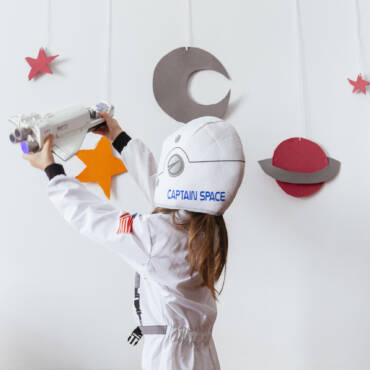 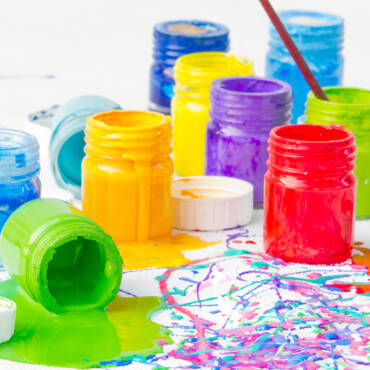